Are you a gambler?

The story is set in Hyakkaou Private Academy, a high-class elite school housing the children of Japan's most wealthy and influential people and with many future leaders and professionals among the student body. However, the student hierarchy in this school is not determined by academic performance or athletic ability, but rather by gambling. Students are ranked by their monetary contributions to the student council, which fuels an intricate gambling system where students freely bet their fortunes against one another after class. Those who win earn popularity, prestige and connections, while those who lose and fall into debt become "house pets" slaves to the whims of the remainder of the student body, nicknamed "Doggy" or "Kitty" (“Fido” or “Mittens” in the dub) depending on gender and identified with a collar-like tag around their necks. Pets who are unable to clear their debts by the graduation receive "Life Schedules" which dictate their futures as they pay their debts with their lives.

Second-year transfer student Yumeko Jabami is a beautiful, cheerful and intelligent high school girl at first glance, but deep inside she is a compulsive gambler who gambles for the thrill of it, unlike students that do so for financial or social gain. Unrestrained by rules or logic, and with an exceptional observation ability to see through gambling scams, she quickly disrupts the hierarchy of the school, drawing the attention of the student council who frantically tries to shut her down. 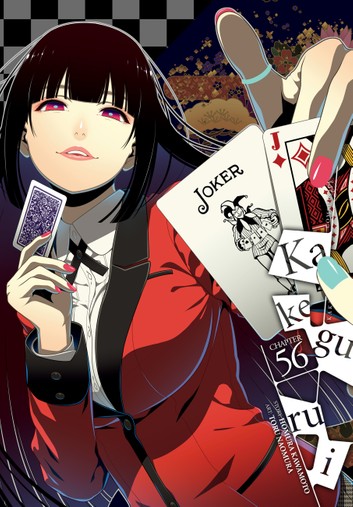